Character marks are part of the dappled beauty and authenticity of natural materials that are unrepeatable in man-made surfaces. Often, marks highly desired by some are considered defects by others. For many designers the natural appeal of veneer is in its irregularity— the marks that tell the tree's unique history over decades. 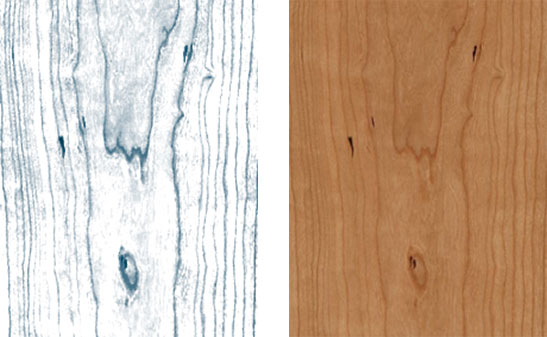 Gum Marks are natural character marks in the form of discolored patches or spots. 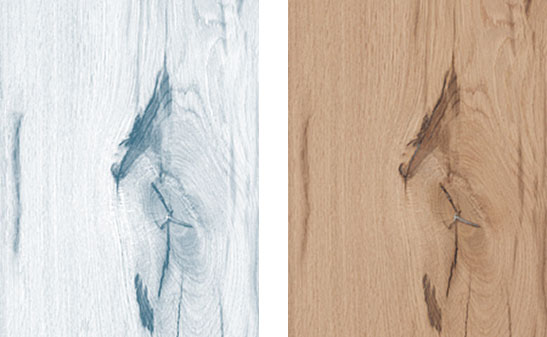 Knots form in the wood as a result of cut or broken off limbs or sprout branches. Open knots occur when a portion of the wood substance of a knot has dropped out of the leaf. Tight knots are solid across their face and fixed by growth to retain their place. Pin knots are smaller than ¼ inch, are not easily detectible and do not contain dark centers. 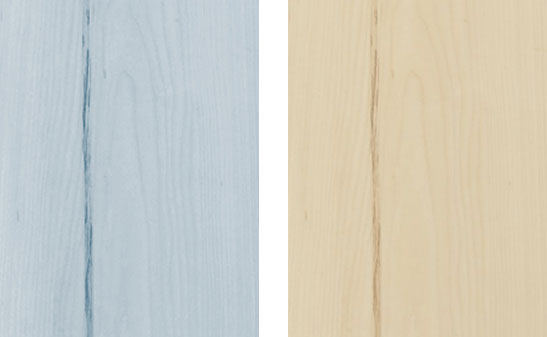 Mineral Streaks are natural marks appearing in the form of a dark patches or discoloration caused by the presence of minerals in the soil from which the tree grew. 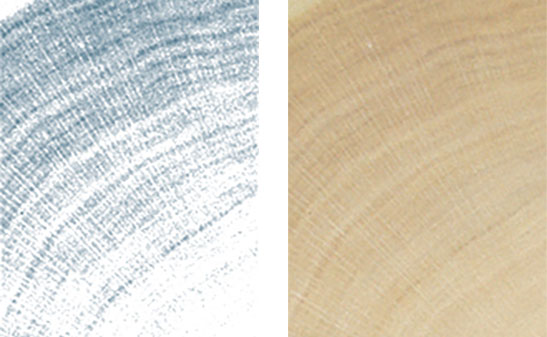 Medullary Rays are character marks that appear as “ribbons” running vertically through the tree, perpendicular to the growth rings, allowing the movement of sap. When veneer is quarter cut through the medullary rays, it produces a fleck pattern on veneer, mostly notably in White Oak. 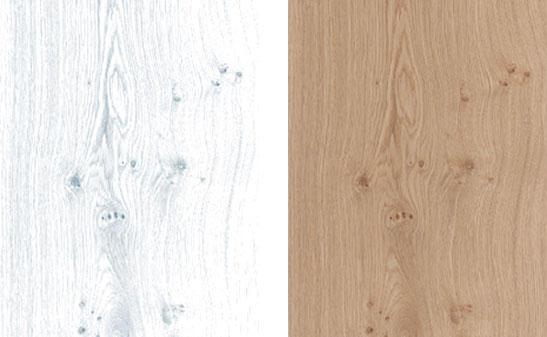 Pippy character marks identify veneer that looks like it has a case of the measles—with multiple tiny spots that dot the grain. 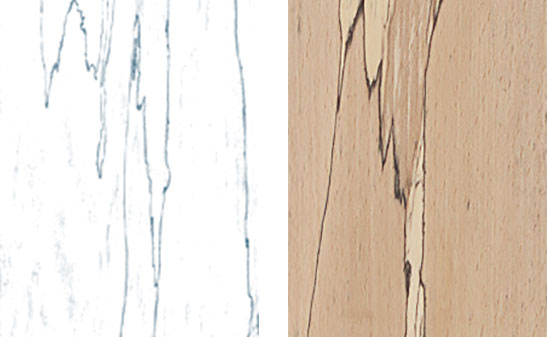 Spalting character marks appear as unique coloration and pattern and are caused by fungi in dead or stressed trees—primarily Maple, Birch, and Beech. The pattern of lines where competing fungi meet is often combined with streaks of black, pink gray, and more. Spalted wood is highly sought after by woodworkers.