Veneer Matching occurs first and specifies how individual veneer leaves will be joined together on the face of the panel.

Panel Matching is then required to define how the completed veneer face is positioned during production of the panel.

Panel Positioning involves the orientation of finished panels during the construction process.

Matches chosen for each of these processes can have a dramatic impact on the look of the veneer and the yields required for production. The effects of matching can vary depending on the species, cut, size of the leaves, and unique qualities and figure of each log. While there are several standard and special ways to match veneer and panels, the most common methods are described below. 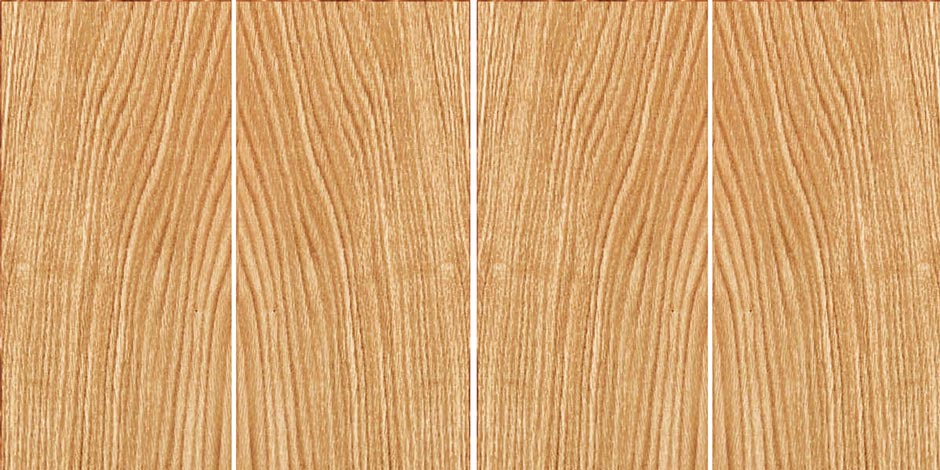 Consecutive leaves of veneer are flipped open facing each other like pages in a book, creating a mirror image of the previous leaf. The symmetrical pattern accentuates the grain, figure, and decorative characteristics of the log. Book matching can create color variation and caution must be taken as flipping every other leaf can produce alternating "tight" and "loose" faces that reflect light and accept stain differently - often producing a "barber pole" effect. Book matching is the most common technique and is often used with plain, quarter or rift sliced veneers. 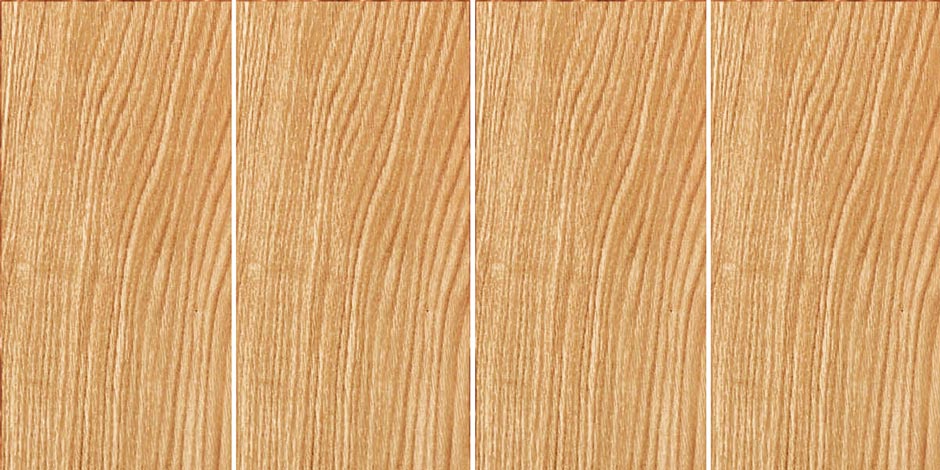 Consecutive leaves of veneer are slid or "slipped" across each other and joined side by side, creating a repeating grain pattern across the panel. While some color contrast can occur at the joints, slip matching produces fairly uniform color because all leaves are similarly oriented, resulting in a repeated grain that generally prevents the "barber pole" phenomenon. Slip matching is a common technique that is often used with quarter and rift cut veneer to provide a clean straight grain look.

Two consecutive leaves of veneer are book matched and the next two are flipped, creating a four-piece end match (also called a book-and-butt match). End matching creates beautiful patterns and accentuates swirly grains and the irregular characteristics of veneer. This method makes good use of shorter veneer leaves and is often used with burls and crotches. 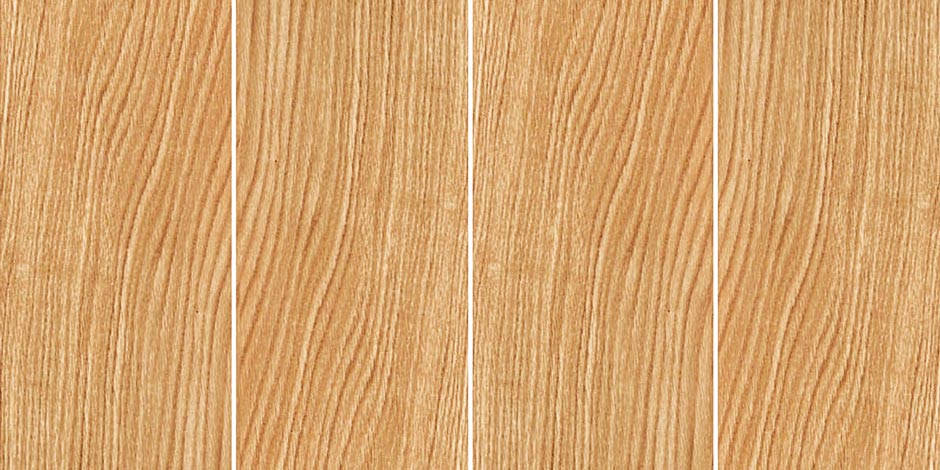 Alternating leaves of veneer are slipped across each other and every other leaf is flipped end to end. Reverse slip matching creates an alternating grain pattern that breaks up the repetitive "marching" pattern of the traditional slip match. It balances the character of the veneer and is often used where curved shapes might cut off the grain in peculiar ways. 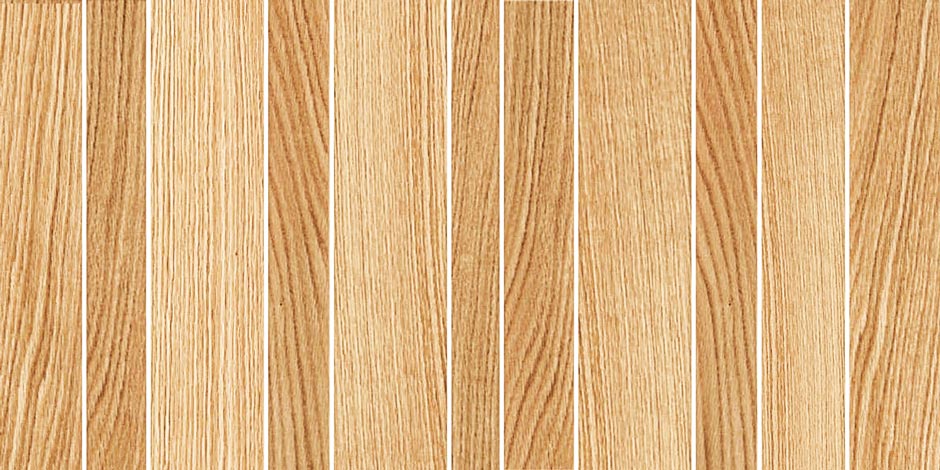 Leaves are positioned as if randomly stacked, board by board – deliberately unmatched to bring out the color and grain. Random matching creates the appearance of solid wood with a casual or rustic feel and is an excellent way to use flitches with short leaves or those with inconsistent width, color and grain. 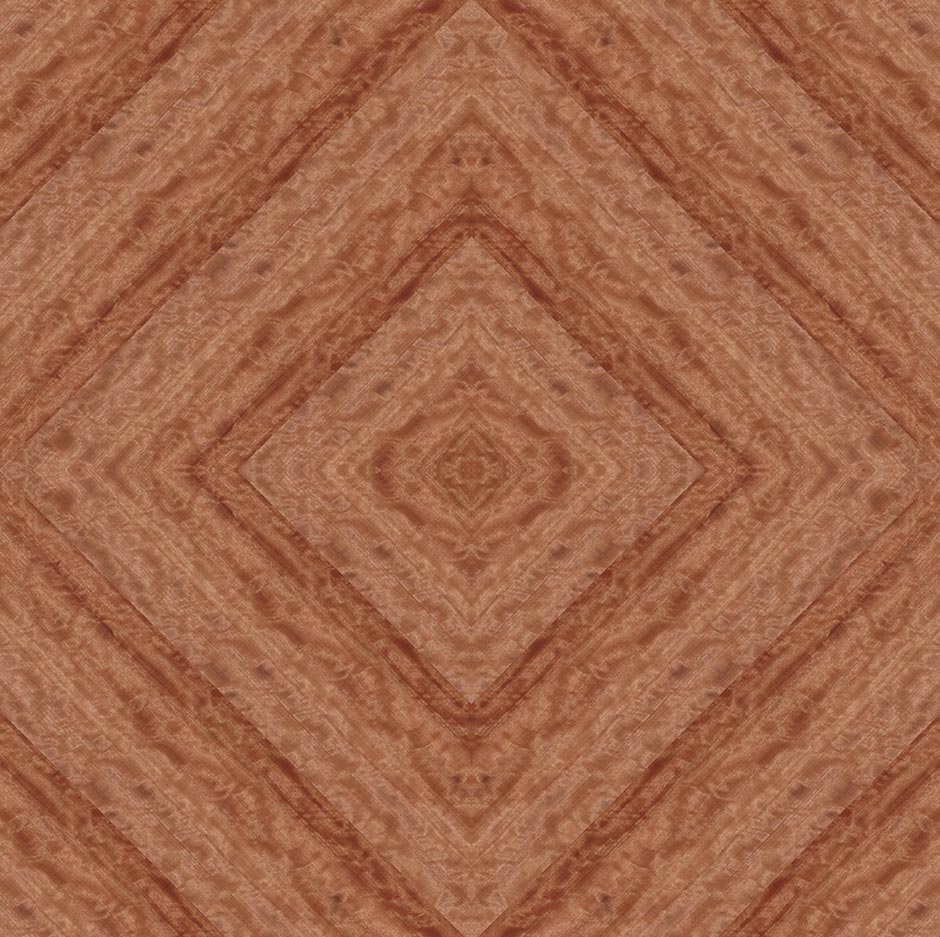 Veneer leaves can be creatively positioned to produce a wide array of unique decorative patterns. Certain species and cuts of veneer are often matched to produce unique designs and accentuate the character and figure of the wood. Box match, diamond, herringbone and parquet matching are just a few of the many special matches that are often used. 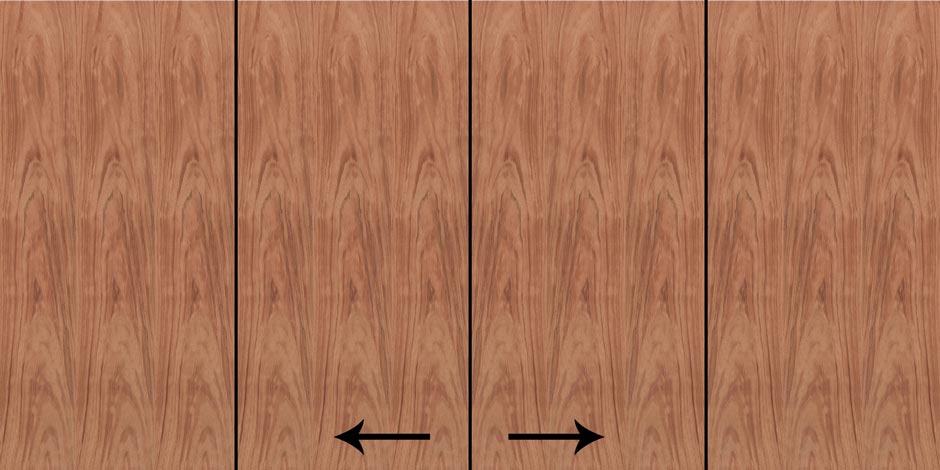 All veneer leaves are trimmed to the same size and applied to the panel in patterns using an even number of leaves. Horizontal symmetry results from centering the veneer face on the panel and then trimming the edge. Center matching creates the most symmetrical pattern in architectural paneling and is often considered the most pleasing match. It is typically more expensive as the trimming and centering requires more veneer than other panel matching techniques. Panels may be sequenced and numbered for adjacent use. 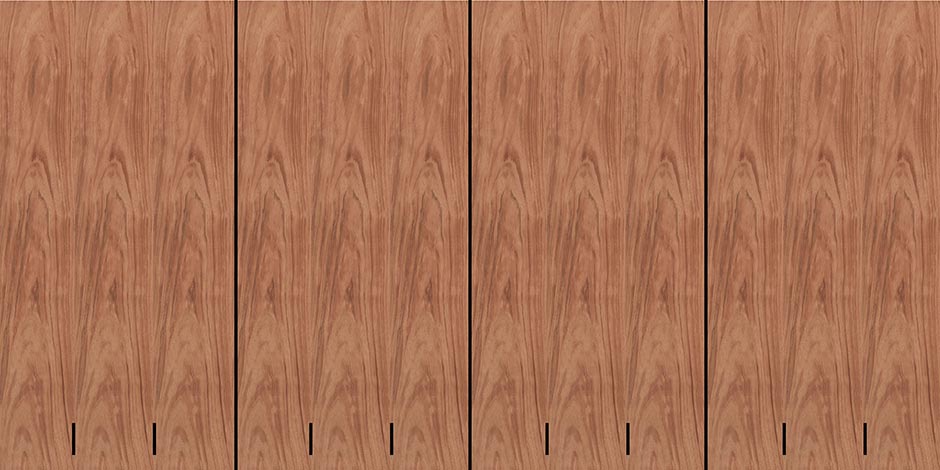 The width of each veneer leaf used is the same giving a more symmetrical look than running matched panels. In balance panel matching the face is not center balanced and an odd or even number of leaves may be used. Grain may change between panels over long runs as the characteristics of the veneer change through the use of the flitch. Panels may be sequenced and numbered for adjacent use. 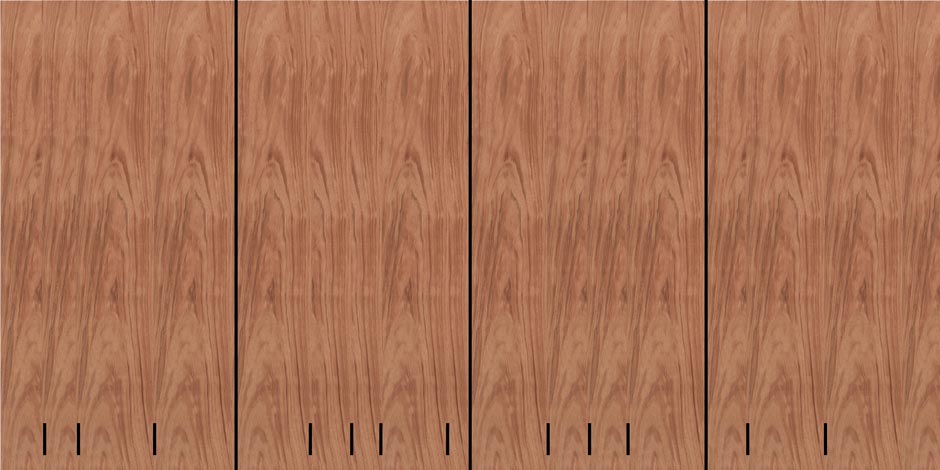